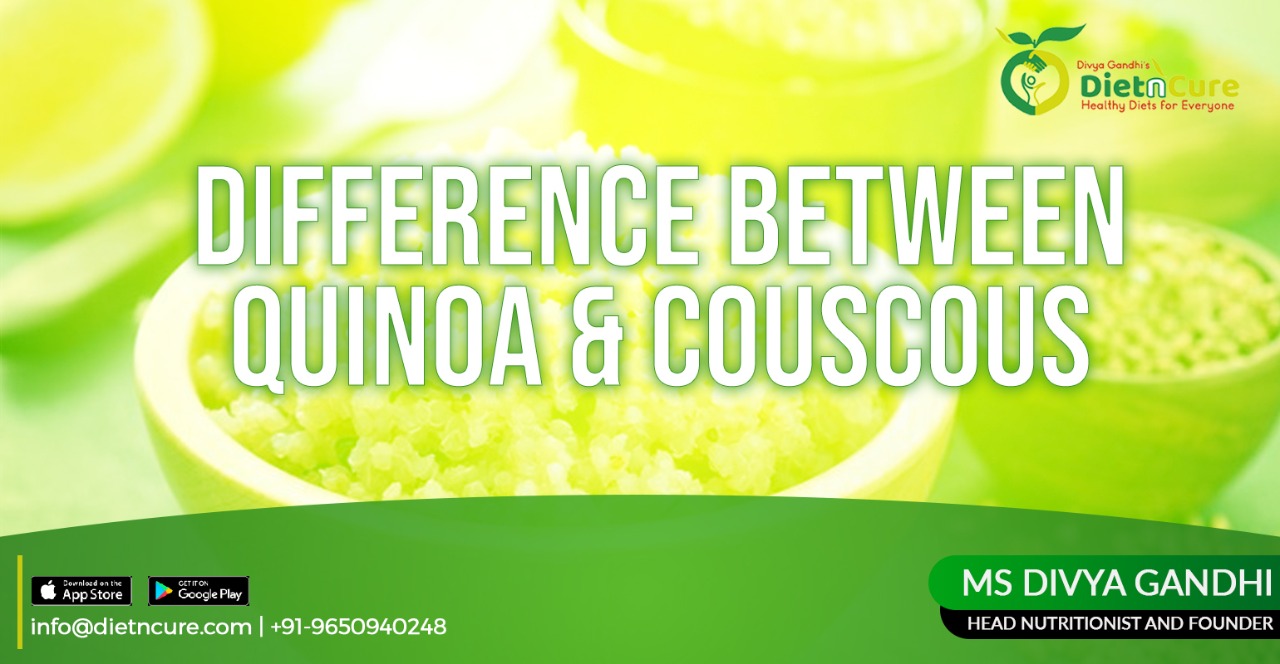 Couscous and Quinoa are often considered the same, being similar in shape and similar texture people do not know the difference between them. With similar appearance and applications in the culinary industry, they are quite different foods.

With respective nutritional properties and health benefits that both have, quinoa and couscous can be differentiated accordingly. Being a small seed, it is cooked and eaten similarly like almost all other grains. It is gluten-free and proteinaceous. Couscous, on the other hand, is granular small pasta made of flour and it has gluten content.

With high fiber and protein content, quinoa is actually the seed of a goosefoot plant. From the cultivation in South America centuries before the colonization of the Americas. It was called the ‘the mother of all grains’ and was considered a whole grain even though it isn’t.
Being relatively high in protein and fiber content, it provides quite a good amount of iron and magnesium.

One cooked cup of quinoa contains good amount of carbohydrates, proteins, fat, and fiber thus making it good number of calories. When compared to couscous the amount of protein and carbohydrates are fairly lower and it is a bit low on the calories side as well, so people who are planning for weight loss and cutting down on calories can surely prefer to eat couscous.

Comprising essential amino acids that help build protein in your body, Quinoa is a perfect protein source for vegans and vegetarians. Being gluten-free in nature, quinoa is also present in different colors. Thus, Quinoa can be eaten by everyone unless it is ensuring to be made 100% gluten-free and not contaminated.

It is composed of semolina wheat flour is the national dish of Morocco and one of the staple foods in North Africa. Rolling semolina and water until it turns into pellets, which furthermore are dried and then cooking like rice. From the wheat family, couscous contains gluten and thus cannot be eaten by gluten sensitive people.

Couscous is low in fat and calories

The Nutritional difference of Quinoa and Couscous as follows:

Quinoa is higher in protein and fiber than couscous.

Quinoa gluten-free and can be consumed by everyone.

It has antioxidant and anti-inflammatory properties which are not present in couscous.

With wheat variety into the picture, couscous is much healthier.

Dishes that are usually considered with quinoa and Couscous are plant-based burgers for vegans and vegetarians. With food texture that can be a great substitute for meat, these grains can be a great recipe for burger patties. Whole grains have been a staple diet in culture since the beginning, so the difference in who prefers which is usually depending upon the user.

Join now and get a FREE Home Consultation by our EXPERTS