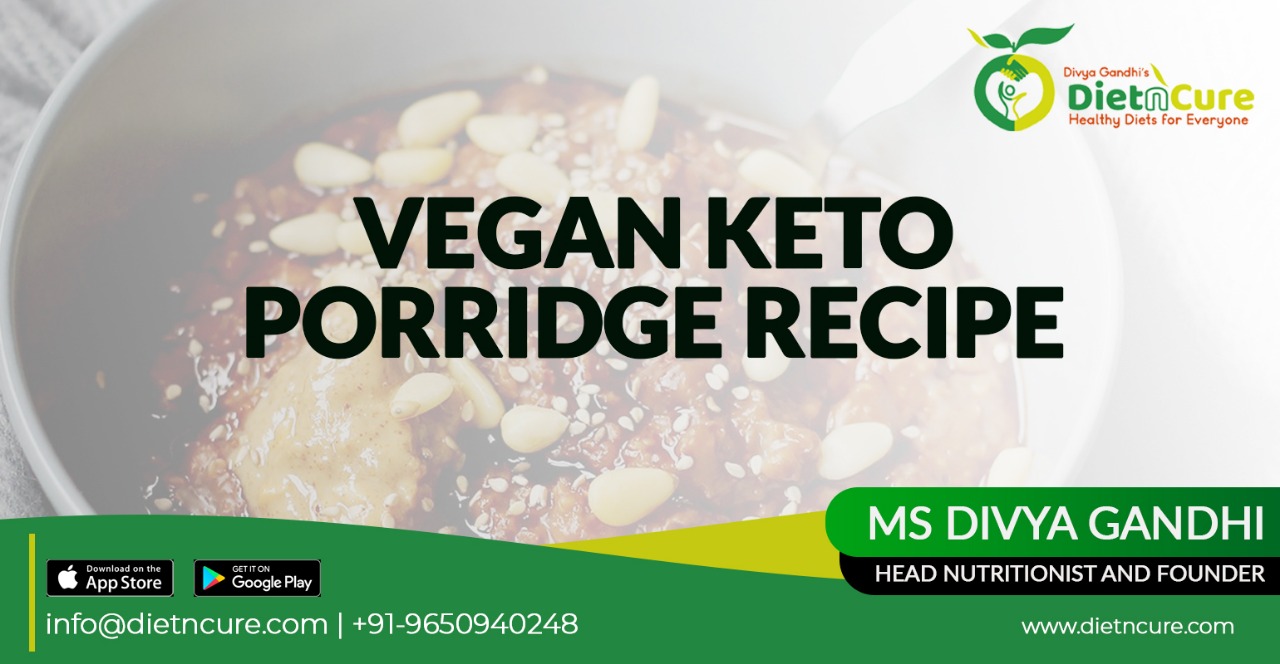 Porridge is basically any grain that is cooked with water for a meal. The most common porridge is an oatmeal and most of the people do prefer this because of its several health benefits. Porridge has basically several meanings form place to place but in majority of places it is termed to be as oatmeal simmered with either milk or water.

What is a Ketogenic diet?

So, it is basically extremely low consumption of carbs which eventually lets the body to be in a deficit, but not in a calorie deficit, this diet basically excludes the consumption of sugar, carbs and many more, it balances the calorie intake with the help of good fat and protein.
So, there are basically two recipes which are most popular and preferred for a Ketogenic diet.

2 tablespoons of coconut flour or one can easily go for separate whole coconuts by slicing or grinding it before pouring it into the flour.

Salt according to taste

1 egg or according to the required calories

Preparation of the porridge

Take the amount of water in a hollow pan or huge bowl according to the portion you are going to prepare.

Add coconut flour into the water and let it cook for a few minutes after it is properly cooked, manage the water level and adjust the thickness. If you want a watery porridge you need to make sure that you add more water to it.

Add salt according to the taste and amount of portion.

Pour the whipped cream or the coconut milk into the porridge and mix it well for an even distribution of flavors.

Beat the egg perfectly and pour it into a nonstick pan, just stir the egg properly by adding salt or required masala. (basically prepare a scrambled egg without oil)

Mix the egg to the porridge, now you can also let the egg sit beside the porridge if you are not interested in mixing it up.

Garnish with dry fruits if wanted and here is a perfect and delicious porridge ready to bite in.

It is said to be the perfect for the keto diet, it is easily available and doesn't need much time for preparation, in short it is the best meal for a healthy lifestyle.

Rolled oats, easily available at any market nearby and is also very cheap if found the right product.

Boil water in the cooking pan.

Add salt and masala if needed.

Let the oats cook in the pan for a few minutes and adjust the thickness according to the tase.

And here you are ready for your keto porridge meal.

Join now and get a FREE Home Consultation by our EXPERTS